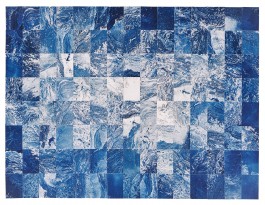 KASHMIR (120 cyanotypes), between reconciliation and war, freedom and terror, swaying forever back and forth between peace and escalation.

The series “in conflict (borders)” deals with diverse and complex territorial conflicts across the world.

This is an artistic interpretation, an attempt of visualisation of the Kashmir conflict through the cyanotype printing process.

“But nobody knew whether it was in Pakistan or India. When they argued the question they only became more confused. After all, Sialkot had once been in India, but was apparently now in Pakistan. Who knew whether Lahore, which was now in Pakistan, might not go over to India tomorrow? Or whether all of India might become Pakistan? And was there any guarantee that both Pakistan and India would not one day vanish altogether?” 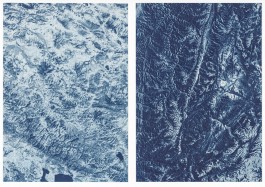 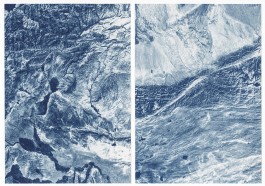 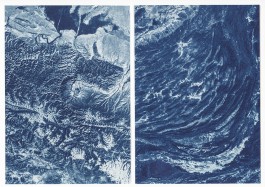 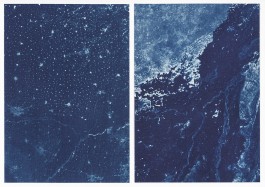